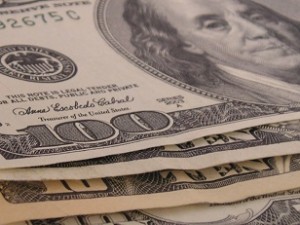 Sometimes, the life of an entrepreneur can use a little pick-me-up. Sometimes success feels far off in the distance, and a unique and insightful story of inspiration may be just the ticket to boosting one’s mood and increasing determination and drive. Thankfully, the lives of entrepreneurs throughout history provide plenty of inspiration. There are hundreds of thousands of rags-to-riches stories that you can read to find inspiration. A rags-to-riches story is a tale of a person who started with nothing, perhaps nothing more than the clothes on his or her back, but rose to accomplish incredible achievements throughout his or her life.

When you read lists of inspirational rags-to-riches stories, like the story collection featured at Huffington Post, you’ll start to see a few common threads. Hard work, passion, determination, and drive are all common elements of these stories. Surprisingly, obstacles, failure, and incredible odds are also elements of these stories. In almost every case, the main character of the story would never have been expected to achieve so much in a single lifetime. These individuals, however, overcame tough odds, surpassed difficult obstacles, and laughed in the face of failure.

Here are ten of the best business success stories that are guaranteed to inspire and encourage.

Andrew Carnegie’s story is truly one of the most inspiring rags to riches tales. In his childhood, Carnegie recalls forcing himself to go to sleep just so that he could stop feeling hungry for a short period of time. He started working in the boiler room of a textile factory but would later go on to found Carnegie Steel. His steel company produced more metal than the entire nation of Great Britain.

John Rockefeller, one of the most famous names in American History, got his first job making fifty cents every day by doing the bookwork for a produce company. Rockefeller worked hard at a variety of jobs, eventually becoming the first man in history to amass a worth of over a billion dollars.

Henry Ford was a farmer who was forced to work his parents farm at a very young age because they couldn’t afford farm hands. When he created one of the first automobiles, investors laughed at the mode of transportation. Undeterred, Ford would create one of the most successful companies in the world.

The whole world has heard of Walt Disney and fallen in love with his characters and creations like Mickey Mouse, Minnie Mouse, and Pluto the Dog. Did you know, though, that Walt Disney started life so poor that he traveled door to door in his community trying to sell cartoon sketches to his neighbors? It’s hard to believe that a door to door salesman was able to build several massive amusement parks and generate billions of dollars in revenue from a successful animated film venture.

Ursula Burns grew up in the ghetto. Her family’s apartment was located in the center of gang activity, drug busts, and frequent criminal activity. Her mother forced her and her siblings to attend college, and now Burns is the Chairman and CEO of Xerox.

Ralph Lauren’s contemporaries scoffed when he borrowed $50,000 to invest in a fashion business. His Russian immigrant parents lived far below the poverty line in the Bronx, and Lauren never even had a bedroom as a child. His loan, however, proved worthwhile. He’s one of the wealthiest fashion designers in the world.

Steve Jobs is well-known throughout the world as a pioneer and leader in the technology industry. He is the founder of Apple, Incorporated, and Apple products like the iPhone and iPad remain the largest selling mobile computing products throughout the world. Surprisingly, though, Jobs’ ultimate success came after decades of failure. The company was started in a garage. Apple’s first computer, the Macintosh, was a dismal failure when compared with the success of Microsoft computers. The company almost went bankrupt multiple times, racked up huge amounts of debt, and nearly crumbled as partners and business associates came and went in frustration. Steve Jobs pursued his dream, though, and at the time of his death Apple was one of the most profitable companies in the world.

J. K. Rowling is an author, and she is responsible for one of the most popular and widely sold book series of all time: the Harry Potter saga. Her books have generated profits in the billions, but Rowling wasn’t always successful. When she first completed the manuscript for the initial Harry Potter installment, she was rejected nearly a hundred times by publishers and literary agents in the United Kingdom. Even after the first book was published, publishing experts criticized the work and expected it to fail. A lot of the success of the Harry Potter series can be attributed to Rowling’s incredible business sense, self-marketing, and perseverance.

Guy Laliberte had amassed a group of street performers in Quebec in the 1980s. The team was a hodge-podge mix of acrobats and circus performers. When Laliberte suggested that the team head to Los Angeles for an arts festival, many of his performers didn’t like the idea: mainly because they didn’t have any money for gas for the return trip. Thankfully, the trip happened. Laliberte is now known as the founder of Cirque Du Soleil.

John Paul Dejoria was born into poverty. His parents were of Greek and Italian descent, and because his parents divorced when he was quite young, he was raised, in part, by immigrant family members struggling to make ends meet. Dejoria was forced to work as a newspaper boy to supplement his family’s income. His road darkened even further when he became involved in a Los Angeles gang and fathered a child. Dejoria was homeless twice in his life, and he survived by selling cans to scrap metal companies. Eventually, he was able to scrounge together $700 for a start-up business investment between him and a mutual friend. You’ll probably recognize the name of his business: Paul Mitchell. Dejoria’s net worth is estimated in the billions.

These rags-to-riches stories serve to inspire, encourage, and prompt entrepreneurs throughout the world to stop at nothing in the pursuit of their dreams. Stories like these are further evidence that you don’t have to start with anything in order to achieve everything.

What are some other inspirational rags-to-riches stories or noteworthy business professionals who have inspired you? Share your comments in the section below, and if you liked this article be sure to share it with your network. Thanks for your continued support!

My name is David Anderson, owner of David Anderson Wealth. I am business professional with over 30 years of experience in small, medium and large (corporate) business. My goal is to teach anyone who wants to learn, how to make money online, improve a current business or develop a strong start up business online, from home or brick and mortar.

8 Ways to Raise Money for a New Business

10 Ways to Win Over Loyal Fans of Your Brand

How to Find Influencers for your Niche in Social Media

How Niche Marketing Segments are Winning the Battle

Why Customer Relationships are Always Key

Why Being the Industry Expert is Crucial for Business

Why the Eco-Friendly Product Movement is Powerful and Lasting

How to Build a Lasting Niche Business Community

10 Ways to Optimize Leads for Your Online Business

Google Authorship and How it Impacts Authority

Content Curation: How to Change Customers into Brand Advocates